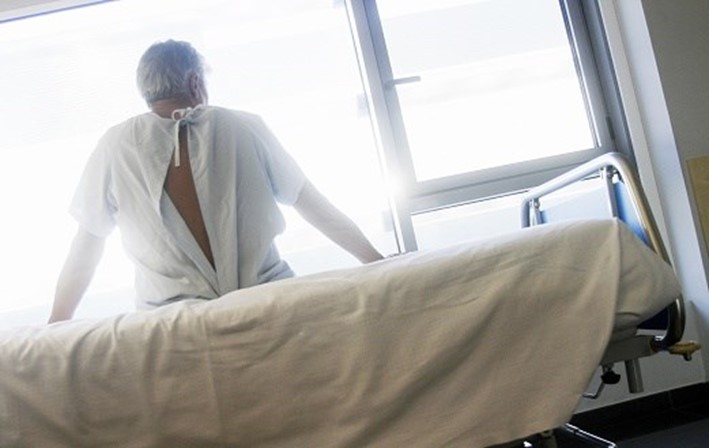 DID YOU KNOW THAT HEAT CAN BE A POWERFUL WEAPON AGAINST CANCER? HYPERTHERMIA, USED IN CONJUNCTION WITH CHEMOTHERAPY AND RADIOTHERAPY, CAN BE THE SOLUTION WHEN THERE ARE NO OTHER ALTERNATIVES

January 2016. The red stain which formed on top of the scar, which has taken the place of your left breast, gave itself up. “It’s here again”, Maria do Céu Gaspar immediately thought. In a mere 15 days (the time it takes for the biopsy result to come back) it has grown: it started at the size of a two euro coin and has been spreading, like measles, the telephone operator rues. Maria do Céu was sure it was the ‘little monster’ – as she called it during her interview with SÁBADO. “The only thing we were unsure of was whether it was a recurrence or whether tumorous cells has been missed during the surgery (radical mastectomy).

However, that wasn’t even the main problem. That area had already been significantly weakened by previous treatments – the malignant carcinoma on her left breast was diagnosed in July 2014 and, since then, Maria has undergone pre-operatory chemotherapy and radiotherapy. One month of daily irradiation sessions have left the skin on her chest black and burnt, similar to a severe sun burn, which luckily never ruptured. She also recently began oral chemotherapy. Furthermore, the treatment which Maria really needs (more radiotherapy), in the dosages needed to have an effect, are not viable – “I would run the risk of sustaining lesions on my heart [due to the location of the recurrence].” Her body could not cope with so much toxicity.

Maria do Céu Gaspar appeared to have exhausted all alternatives, though she decided to pursue one last option: at the IPO in Coimbra, where she was being treated (she lives in Tortosendo, Covilhã) they mentioned an innovative therapy, which fights cancer using increases in temperature. She departed for Porto and signed up for the treatment. Unheard of in Portugal just one year prior, it gave her hope. The recurrence regressed and today she is free of cancer.

The new weapon in the fight against cancer is called Hyperthermia and it involves the emission of a radiofrequency current. This leads to a homogenous increase in temperature to between 41 and 43 degrees Celsius, in the target region or organ. It can also be aimed at the entire body. Currently only available at CUF Porto Hospital, it doesn’t work as a stand-alone treatment, but rather as an adjuvant to conventional therapies, such as chemotherapy and radiotherapy, and is primarily used as a last resort. “We usually apply this to patients who have run out of other more common options and who may develop excessive secondary effects to treatments. Hyperthermia allows us to achieve the same results with lower radiation levels” explains Paulo Costa, Radiation Oncologist at Instituto CUF, Porto.
It is the actual heat which has benefits: “By increasing the blood flow in the target area, by applying heat, we are oxygenating the tumour itself and making it more sensitive”, the specialist explains. At the limit, the heat also contributes to the destruction of the cancerous cells, he adds.

The first patient
Maria do Céu Gaspar was the first oncological patient to be treated with radiotherapy and hyperthermia: she did 20 daily sessions of radiotherapy and 10 of hyperthermia, every two days. Hyperthermia treatment doesn’t cause discomfort, in fact quite the opposite – “it feels like you’re standing by a log fire or radiator”, likens the telephone operator, who works at Cova da Beira Hospital. She simply had to lie down on a gurney for one hour with a machine – a piece of equipment which uses two electrodes to raise the temperature of the tumour – pressed against the target area. At the same time, she continued with the oral chemotherapy, one pill a day – the three approaches working in conjunction succeeded.

This therapy is not yet covered by the state and each session costs 175 euros, with each full course of treatment consisting of an average of ten sessions. In all, Maria do Céu will have spent 8 thousand euros, though she has no regrets – “If I have a doctor who tells me that everything is going to be OK, then the rings go to keep the fingers”. June of 2016 (the month in which Maria finished the combined hyperthermia treatment) was the culmination of two particularly difficult years: in June 2014 she noticed her left breast was red and felt warm, and one month later came the dreaded news that she has a rare form of cancer; at the start of chemotherapy she decided to shave off her hair – “I didn’t want to have the sensation that my hair was falling out” – and in the meantime it was her toe and fingernails which began to look different, whitened and seeping pus. There was a time when the accomplished cook completely lost her appetite; everything tasted of iron, or even water. During the second phase of treatment – pre-operative radiotherapy, in February 2015 -, she moved to a residence in Coimbra which hosts patients undergoing treatment far from home, and where pyjamas are prohibited. “They told us that the residence was considered a hotel, they didn’t want us to become shut-ins or crestfallen.

At the beginning of August 2016, Maria do Céu Gaspar’s gained back the rosy complexion on her chest, along with the conviction that she will “keep on living”, as the treatment was successful. However, she can’t stop checking herself in the mirror every day, constantly searching for anything out the ordinary is inevitable, but the worry is no longer so severe. “I have hope that the monster was left behind… burnt out of me”
Text originally published in edition number 662, January 2017, of SÁBADO magazine.